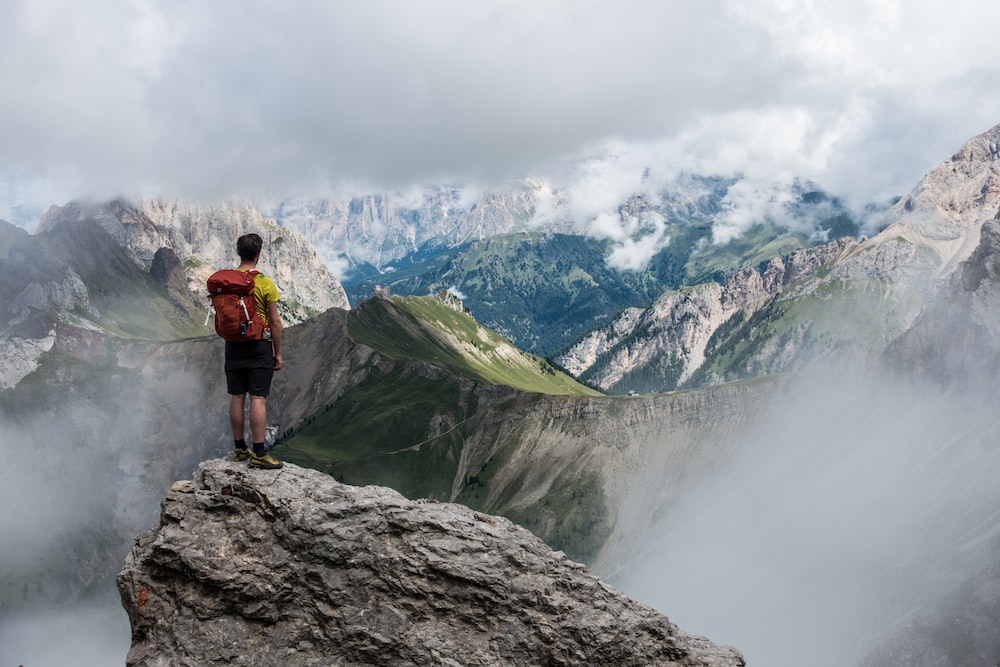 I often think of God like a mountain. This mountain is so immense that no one person can ever see every part of it. One group, who sits on the western side of the mountain, sees a jagged rock cliff, a rushing river, and a snowy peak.

Another group, who sits on the eastern side, sees a gentle slope lush with greenery and trickling streams, but the snowy peak is hidden behind the thick clouds. Both groups experience the mountain, they know it well and intimately, yet their experiences differ greatly.

If one of each of these peoples were to meet, say in the southern side, neither would understand what the other was speaking of when they discussed their homes, and it is likely that they would assume they were speaking of different mountains.

So it is with the various religions. There is but one God, though many expressions, many understandings, and many interpretations.

If these two people were to discuss their understandings of the mountain, they would quickly come to realize that they cannot both be right. There are inherent contradictions between the two experiences which appear irreconcilable, yet both are true in their own context.

I believe the truth of God is so far beyond our understanding that no one person, or even tradition, is capable of grasping its entirety.

For this reason I am a traveler, exploring as much of the mountain as I can. I will never see even a fraction of it, but the clarity which comes from leaving home and exploring the diversity of God is of great benefit to me.

This is not to say that if one remains on their side of the mountain they will not have clarity. The mountain is so rich that one could sit in a single place their entire life and not learn all that there is to learn there. It is simply a different way of learning, a different angle to see from, a different path that each person is called to walk.

I do believe, however, that the most useful understanding of the mountain is the one in which you are present, for it is the truth in that moment. For this reason I do not mix the various traditions in which I walk.

I do not preach the teachings of the thunder birds from the pulpit, nor do I bring a Bible to a sweat lodge. Each truth is beautiful in its own context, and if I were to try and carry a tree from the lush eastern side and plant it on the barren rock of the west it would not grow. Nor if I brought my river boat from the west and tried to float it on the trickling eastern streams would I get anywhere.

In 1 Corinthians 9:19-23 Paul explains how he adapts his teaching, and even in some respects his way of being, so that the Good News may be spread to as many people as possible. We are called to be all things to all people.

While I do not necessarily agree with Paul about the definition of what the Gospel entails, I do believe this to be a deep and meaningful statement. I believe the Good News is reconciliation of the individual, and even whole communities, with God by means of right character, right intentions, and direct communion with the Holy Spirit.

As I believe that the spirit which Christians, Anishnaabek, Muslims, Hindus, and all faiths speak of is the same I see no reason why I should not become as a Muslim to preach the Gospel to the Muslims, just as Paul became a Gentile to preach to the Gentiles.

Perhaps this tendency of mine comes from my Quaker upbringing. This quote from William Penn, one of the most influential Quaker thinkers, expresses my sentiment very well:

“The humble, meek, merciful, just, pious, and devout souls are everywhere of one religion; and when death has taken off the mask they will know one another, though the divers liveries they wear here makes them strangers.”

Our world is becoming increasingly multi-cultural as communication and travel become quick and accessible.

The reality of life on Earth is that cultures and religions which once existed, at least seemingly, separately from one another now live intermingled in greatly diverse communities.