Say among the nations, “The Lord reigns.”
The world is firmly established, it cannot be moved;
He will judge the peoples with equity.

Let the heavens rejoice, let the earth be glad;
let the sea resound, and all that is in it.
Let the fields be jubilant, and everything in them;
let all the trees of the forest sing for joy.
Let all creation rejoice before the Lord, for he comes,
He comes to judge the earth.
He will judge the world in righteousness
And the peoples in his faithfulness.

The idea that nature speaks is one that many modern Christians would disregard as pagan or new age. Many people believe that the elements of nature, the stars, waves, and stones are lifeless matter meant solely for human use. Yet, the bible plainly says that the skies teach us without words in a way all nations can understand, that birds have wisdom, and that the stones and the waves consciously praise God. For those of you who are skeptical, I promise to give scriptural references.

You already saw the ending of Psalm 96 at the beginning of this article. What are we to say to the nations?

“The real God is the God of nature, who not only created everything but to whom the entirety of our surroundings is singing to.”

We are meant to cry out to the rest of humanity that nature itself speaks to God with gratitude and song (not figuratively but literally). I believe the Psalmist is telling us to sing to God like the trees sing to God. It also seems that he is telling us that the people who will be judged with equity includes the heavens and the sea, the fields and the trees. Those magnificent people who shine in the night sky and slowly pull down the mountains will be judged with us – for we are part of everything, not separate from it. All of creation is judged faithfully by God. All of creation praises God.

Jesus also tells us that if humans did not praise him the the very stones of the earth would still shout out. This isn’t some cryptic metaphor, some esoteric riddle to be solved, this is Jesus following in Jewish tradition. In Psalm 93 (as in Psalm 96) the seas lift up their voice to declare “God is mighty!” In chapter 38 of the book of Job God describes himself as commanding the elements of nature, not by pushing them or sculpting them but by giving them orders which they obey. He describes the elements of nature as being born from a womb and having a father. God also declares that the ibis (a kind of bird) has wisdom and that the rooster has understanding.

In fact, the stars themselves are understood as being teachers of humanity. Teachers of the law of the Lord no less. Let’s take a closer look at Psalm 19. This psalm is presented in two parts and most people read them separately, but they clearly flow one from the other. The second section talks about the law of God and how sweet it is and how good for the soul it is. But the word “law” is not referring to the Bible here. In the first section of the Psalm we are told that the heavens (the sun, moon and stars) themselves teach the law of God without words and that this spiritual law can be known by all the earth.

The Tree of Knowledge 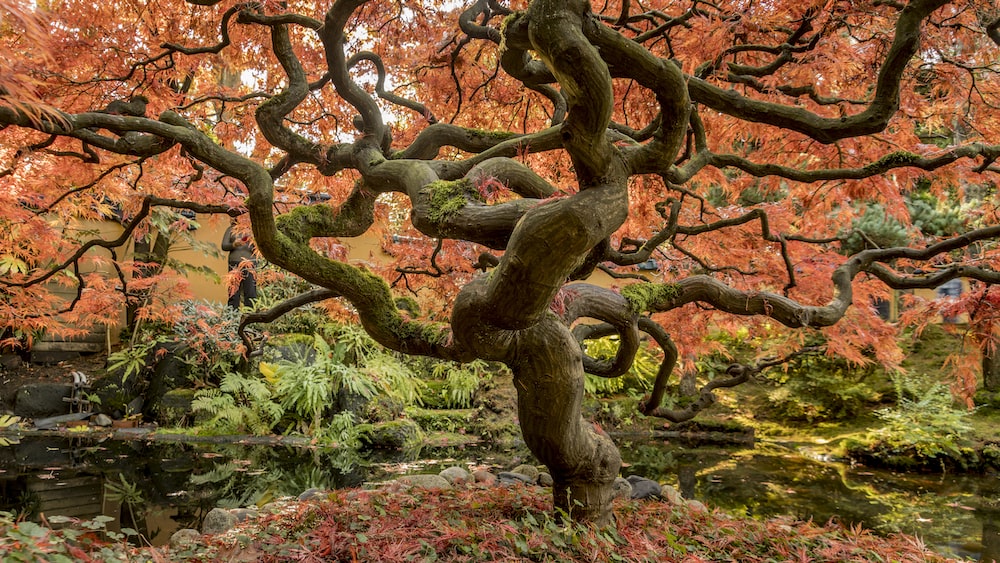 First off, let’s clear up what it means to have dominion over the earth. This is one of those beautiful moments in scripture where something written thousands of years ago has become even more true today than the author could ever have realized. Humans only had minor control over the Earth in the time Genesis was written. Today the fate of the planet rests firmly in our hands. For better or for worse, we have dominion over the earth. Perhaps it’s time we started taking that seriously and following in Jesus’s example. The king who chose to be a servant has a great deal to teach us about how to rule over all creation.

The main point the story of Eden teaches us is not the depravity of humanity because of the disobedience of Adam and Eve. What it is really trying to say to us is that humans have a unique place amongst God’s creation. We are almost like gods on the earth because of our knowledge. Knowledge we gained from a tree. In fact, both knowledge and life itself are embodied by trees long before humans.

I find it interesting how Jesus relates to trees and plants. He encourages us to live like the lilies of the field, who trust in God and do not worry about the future. He teaches us that we are like seeds who must break open and die before we can be truly born. He clearly believes that we should learn from the world of plants, for they have spiritual wisdom humanity lacks – and this wisdom is the same he came to teach. Jesus teaches the ways of Eden which we left behind but which they still have.

He even has a conversation with a fig tree, which was so strange and unlikely that the gospel writer made a point of saying that this was witnessed by his disciples in case anyone couldn’t believe that Jesus would talk to tree. He judged the tree, just as God judges all of creation. Jesus goes on after the tree is withered and dead from his judgement, to tell his disciples that they will one day judge both trees and mountains and will command them much in the same way God does in Job. And, of course, he tells them to forgive those who they are meant to judge.

We are meant to tend the garden of Eden not to exploit it. We are meant to care for the other creatures of the earth, not to treat them as raw materials for our industrial dreams. We are meant to hear the words of the sun and the stars, the trees and the flowers, the stones and the waves, and we are meant to join them in praise of the great mystery which has created us all and given life to this one unique rock orbiting a small star in the corner of a galaxy somewhere.

24 thoughts on “How the Bible Teaches That Nature Speaks”