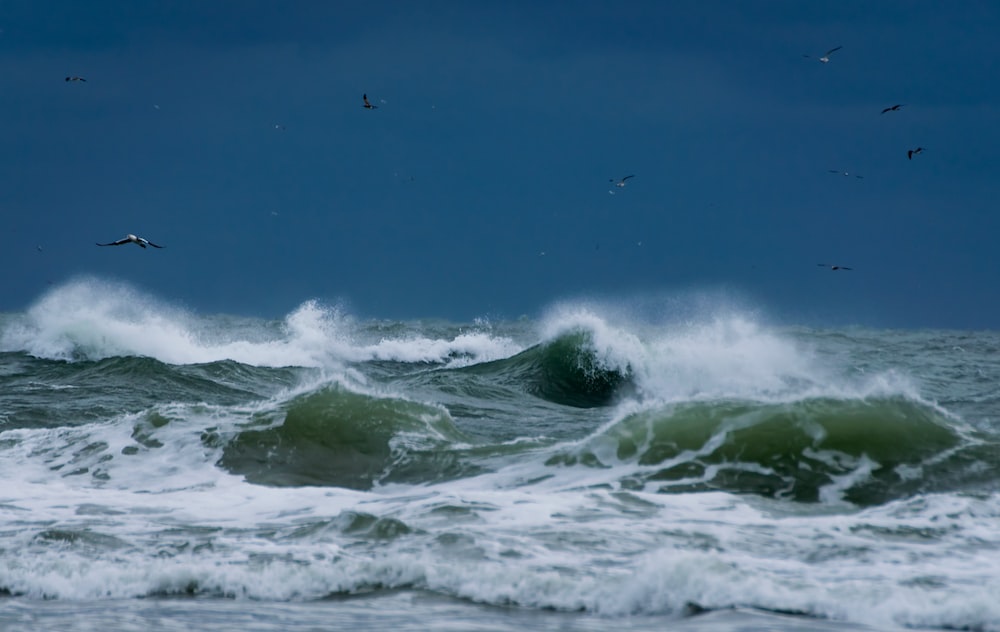 Last week we spoke about Jesus feeding 5000 people with a couple loaves of bread and some fish. (You can read that post here) He was standing on the edge of the sea of Galilee. He had gone out that way to seek solitude after hearing of the death of John the Baptist, whom he greatly admired. The scripture tells us that immediately after the multitude were fed Jesus dismissed the crowd and hurried his disciples into the boat. If you remember, he had been trying to find a secluded place to pray after hearing of John’s death when the crowds followed him and out of compassion he gave them his attention instead.

Now that that situation was dealt with he was ready to try again (Matthew 14:22-33). He went up to a mountain by himself to pray all night. While he was up there the disciples boat seems to have drifted out into the open water and in the morning Jesus sees them out there getting beaten by the waves far from land with the wind against them. Again, just as last week, while this story tells of a real and physical situation, it also speaks of spiritual matters beyond the plain meaning of the words. Why did Jesus leave his disciples in the boat? Why did he walk on water to meet them? Why did he invite Peter out to join him? It seems to me that there is a running theme all through Matthew’s gospel which tells a story about human nature.

The disciples in Matthew’s gospel always seem to have trouble getting it, they don’t seem to be able to grasp who and what Jesus really is, Jesus is constantly trying to show them is true nature, who he really is, not just Jesus but Christ. I think he walked on water to show them his divinity, because despite having seen the miracle of feeding 5000 people with a meager lunch of five loaves and two fish, they still didn’t fully understand. What was it about Jesus they just weren’t getting? They understood that he broke the loaves but not that he must be broken. That he had power but not that he was power. That he was from God but not that he was God. The storm all around them was a picture of their internal spiritual struggles trying to understand who Jesus really was. The disciples were always around Jesus and his teaching but they were still missing Jesus, in his fullness and glory.

And isn’t that the danger we all face? Maybe you go to church every Sunday and serve Jesus in your life. Maybe you feed the hungry and care for the sick. Maybe you give your life and your earnings to the church but yet still don’t really know Jesus. And that is the danger, that we are like the disciples, and of course we are. Because just like it was for the disciples it is for us, there is a way to be around Jesus without really knowing Jesus. They lived with him, they walked with him, they talked with him, they knew his teachings, they fed the hungry and tended to the sick in his name, they proclaimed the gospel and converted many people. Yet, when it came down to it, at the end of the day, they still didn’t really know him, they still barely understood who and what he was.

Jesus walked on water to reveal his divinity but also to come near to us with his divinity. Jesus will cross any barrier to meet with us, not just when we are living in the light but when we are struggling and lost in the storm. No matter what your struggle is, Jesus has walked on water for you. He has crossed the imaginary barrier which separated you from him. He’s walked through the storm for you and he has gotten into the boat with you. Because no matter how many times the disciples didn’t get it, no matter how many times they couldn’t wrap their heads around the miracles they saw, no matter how many times their faith was not strong enough, Jesus was always there to give them a helping hand and forgive their silly human ways. He always met them where they were at, and he meets us where we’re at too.

He walks across stormy seas to save us, he calms the winds which batter us, and he lifts us out of danger with a gentle hand, always asking “you of little faith, why did you doubt?” And look at what it took for them to finally realize, to finally proclaim “truly you are the son of God!” he literally had to walk on water and control the weather for them to see it. But would it last? Would they be able to maintain that fleeting moment of understanding and faith? Would they be forever transformed and not struggle anymore?

And of course, we are like this as well. There have been times in my life when I have seen miracles, when I have felt God undeniably working in my life, when I have known beyond any shadow of a doubt that Jesus is alive and with me. But even still, when the storms have calmed, when the boat is back on shore and when the daily tasks of life become my focus again, that knowledge and that faith fade away. It seems that we are very forgetful creatures who can know something with certainty when it stands in front of us, but forget it ever was after a little time has gone by. I think Leonard Cohen summed this up really well in his song Suzanne. He said

“Jesus was a sailor when he walked upon the water, and he spent a long time watching from his lonely wooden tower, and when he knew for certain only drowning men could see him he said all men will be sailors then, until the sea shall free them. But he himself was broken, long before the sky would open, forsaken, almost human, he sank beneath your wisdom like a stone. And you want to travel with him, and you want to travel blind, and think maybe you’ll trust him for he’s touched your perfect body, with his mind.”

And how true is that? When the disciples were on the shore they did not fully understand who Jesus was, they were with him, but they did not have eyes which could see. But when they were on the brink of drowning, when they were being tossed about in the storm, then they could see him for what he really was, their eyes were opened by the danger and they proclaimed him the son of God. And so Jesus leaves us in the boat, knowing we will drift out to sea, and he lets there be a storm which tosses us about, and when we are about to drown, when we are lost and afraid, then he comes, walking on the water. He comes and he calms the sea and calls us into faith, and joins us in the boat. And in all this we hopefully catch a glimpse of the truth, of the power which is the living Christ. And we have a moment of faith where we can call out and praise him for what and who he is, and, at least in that moment, know in the depth of our beings that God is God, and that we are safe with him.

I would like to end with a poem by Marilyn Ferguson:

Just as Peter on the lake
I set out on a quest
My boat is drifting out to sea
God puts me to the test.
The depth is deep, the width is wide
A storm is setting in
The waves are thrashing all about
I feel a fear within.
A figure looms within the midst
I tremble in the night

He seems to walk on water
My heart is filled with fright.
Fear not says He, have courage
I do not bring you harm
For it is I who comes to save
There’s no need for alarm.
He bids me walk on water
His flowing robe, I see
But I lose faith as I step out
Upon the angry sea.

My trust is gone, I start to sink
I panic as I go
I cry out, “Lord please save me.”
Strong winds begin to blow.
His staff is there before me
His mighty hand comes out
He plucks me from the churning sea
Why did I ever doubt?

Into the boat, the wind is still
He calms the restless sea
If He will soothe a violent storm
He’ll do the same for thee.
Oh precious child of little faith
You are His son or daughter
Look to the One who calms the sea
The man who walks on water.

5 thoughts on “Jesus Joins Us in the Storm”