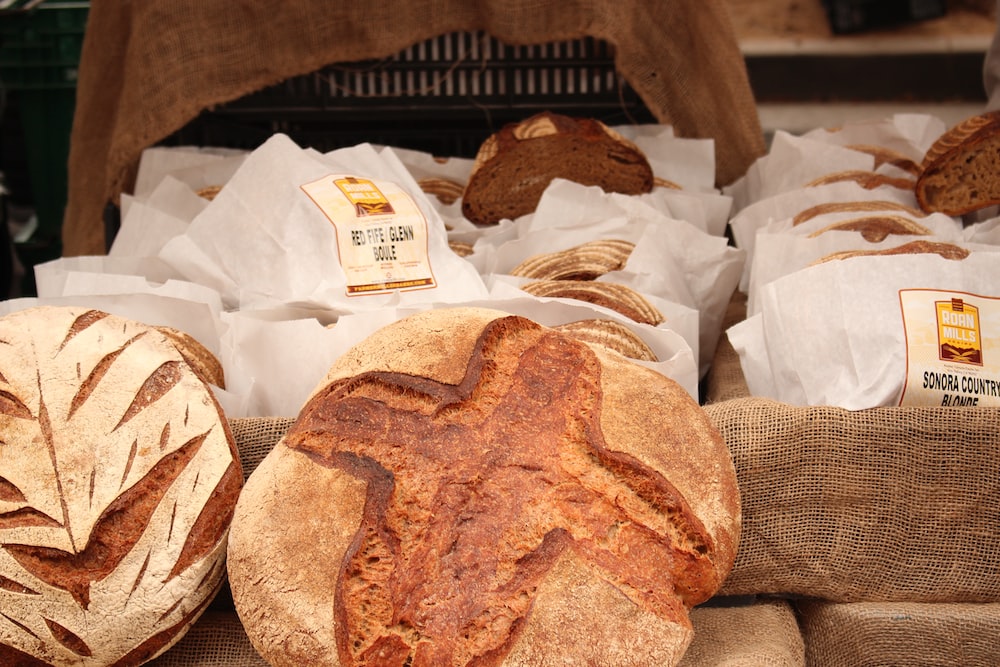 In our gospel reading this morning (Matthew 14:13-21) we hear of a miraculous story, one which was witnessed by thousands of people and which can be found in all four gospels. Our reading began with “now when Jesus heard this”, what Jesus had heard was the news of his cousin’s death. John the Baptist had been killed and Jesus went off to a secluded place to mourn his death. But even when one of his most beloved family members had died, he was barely able to find rest as a massive crowd of over 5000 people had followed him along the shore.

When he returned he cured their sick for he had compassion on them. Then, as evening came upon them his disciples urged him to send away the crowd so that they could go into town and buy food for their evening meals. But Jesus had no intention of turning anyone away, I can imagine him saying to himself “why don’t you just feed these people yourselves?” But the disciples doubted their own ability to care for the people. The needs of the world were so great, how could they feed these 5000 people, when they were not rich men?

They had with them barely enough to feed themselves but not the massive crowd which had assembled there by the sea. They urged Jesus to send the people away, tell them to go out and find what they need for themselves, they will not find it here with us, we have not enough to give. But much to their surprise Jesus not only refused to send them away, he told the disciples they already had all they needed to care for these people “you give them something to eat ” he said. The disciples, as they often did, argued back with him saying “ we only have five loaves and two fish” they could not see beyond themselves,  they did not yet understand the true power of the one they followed, they still could not comprehend the power of God.

Just before this they had seen Jesus cure a man whose hand was withered and limp, with a simple command to “stretch out your hand” the man was healed. How had they not yet come to realize the power that was about them? How had they seen him heal two blind men, and cast out a spirit but not believed? We are like this as well, the miracles of the Lord abound all around us. As Psalm 19 reminds us, the wisdom of God shines down from the heavens, and the skies themselves declare the glory of the Lord.

Every time a child is born, every morning when the sun rises, every year when the fields produce their fruits, every time a child smiles, an old man laughs, in every tear and in every inspired poem, every time we gather together in God’s name, all of these things and more, each is a miracle. But just like Jesus’ simple disciples, though we see miracles all around us, though we walk with the Lord and proclaim his name to the world, we do not yet fully believe, we do not yet understand the true majesty of God.

How many miracles must we see before we believe? What will it take for us to finally accept that with God all things are possible? When will we finally give our fives loaves and two fish to Jesus so that we need not turn anyone away, but have faith that all will be fed, even when the wisdom of this world tells us otherwise?

Even when we feel we barely have enough for ourselves, even when the magnitude of the world’s need seems like a tsunami wave crashing down upon us, with faith our own little offerings are enough for God to work miracles with. The Christian message teaches us to bring our small and seemingly insignificant offerings forward, that through faith they may be transformed into what the world needs. God is just as capable of working miracles today as he was 2000 years ago, so why do we doubt? The multitude were satisfied.

Of course, as there are with all stories in the Bible, there is more than one meaning to this. The bread that the multitude ate was real bread, that met their physical needs, but it was also a symbol, a symbol of spiritual fulfillment. Jesus is the bread of Heaven, and man does not live off of bread alone but every word which flows from the mouth of God. The meager lunch which the disciples brought forth was their own faith, that which they had of their own power.

As they kept it for themselves it was barely enough for them, five loaves of bread and two fish is a small meal for thirteen men, Jesus and his disciples. But when they gave it to Jesus, he turned their tiny mustard seed faith into something much larger, it grew and grew until it was enough for everyone. So it is with our faith, what little we have of our own accord is barely enough to get us through this life, but when we give it to Jesus it multiplies many fold, in fact it multiplies so much that after everyone has been filled there is still more leftover than what we started with.

After the leftovers were collected there were twelve baskets full of food, one for each disciple, and a whole lot more than they started with. He took what they had, used it to feed the world, and when he gave it back to them they each had a portion larger than they started with. This is the miraculous power of God – to take what is next to nothing and make it more than enough.

Which is good news, because we are often next to nothing on our own. We are small little specs of dust in the cosmic history of the universe. But with God’s help, with the breath of life breathed out on the world, we become more than we could ever have been on our own. We become what the world needs if we are only willing to hand over what we have and not cling to it in desperation and fear of running out.

So my friends, I encourage you, as you go about your day, to wonder where might your five loaves and two fish be. Where is the multitude of hungry people waiting to be fed? And how can Jesus help you feed them? When have you assumed that what you have is not enough? When have you felt the need of the world is too great and you are helpless to change it?

Know that Jesus walks with you, that you are not doing this on your own. The weight of the world may feel overbearing, but with Christ’s help the yoke is easy and the burden is light. So go forth in faith and in love to feed the stomachs and the hearts of the hungry multitude. For the world is in desperate need and, with Christ, you can feed them.

One thought on “Faith That Feeds the World”