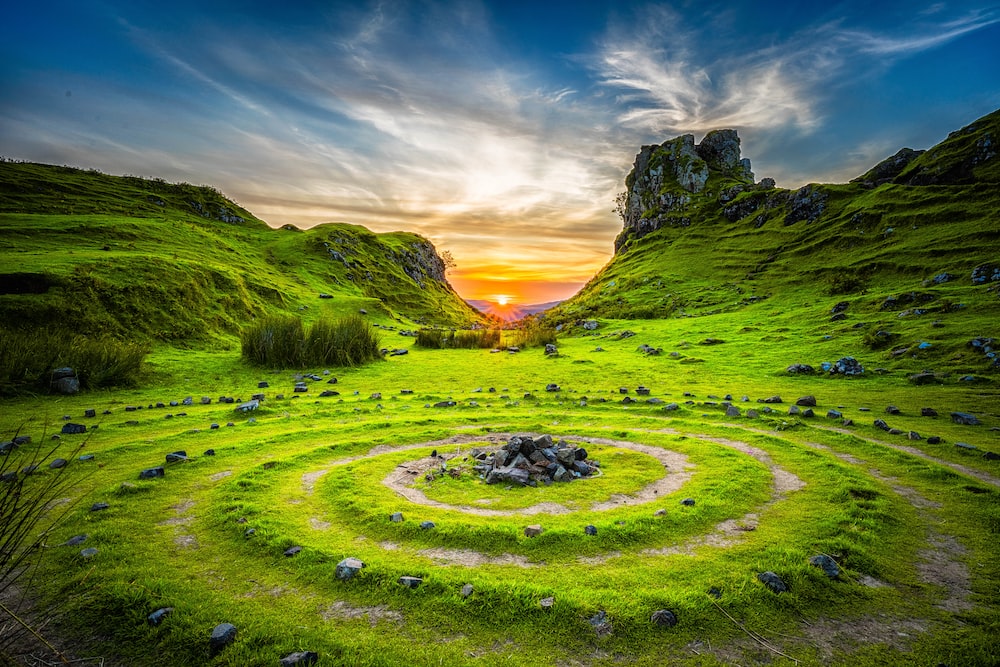 John Scotus Eriugena, or John the Scot, was a philosopher of the middle ages. He had many academic accomplishments including his famous work Periphyseon.

Eriugena shared the ancient Christian belief of deification, or the idea that humans are meant to become like Christ and share in His nature. This is still the understanding of the Eastern Church today and it is essential to the Celtic spirit.

New Eden Ministry offers a virtual retreat called Sacred Spaces. In it we discuss a shorter and more approachable work of Eriugena’s, The Voice of the Eagle. It is a beautiful sermon in which Eriugena discusses the prologue to John’s gospel.

John is the referred to as the Spiritual Eagle and Eriugena describes the flight which he took into the divine realm so that he could learn the wisdom of the Word made Flesh. This spiritual flight is the process of deification which we, like the Apostle John, can also take.

In Eriugena’s sermon he addresses the concerns of many Western Christians about deification when he says:

“In case you are tempted to say that it is impossible that mortals should become immortals, that corruptible beings should become free of corruption, that simple human beings should become sons of God, and that temporal creatures should posses eternity – whichever of these doubts poses the greatest temptation for you – accept the argument that faith prepares for what you doubt: “And the Word was made flesh”

If what is great has undoubtedly already gone before, why should it seem incredible that what is less should be able to come after? If the Son of God is made a human being, which none of those who receive him doubt, why is it astonishing that a human being who believes in the Son of God should become a son of God?”

There are 4 videos in the retreat dedicated to Eriugena and his teachings on deification, here is the introductory video:

13 thoughts on “Eriugena: The Celtic Teacher of Deification”