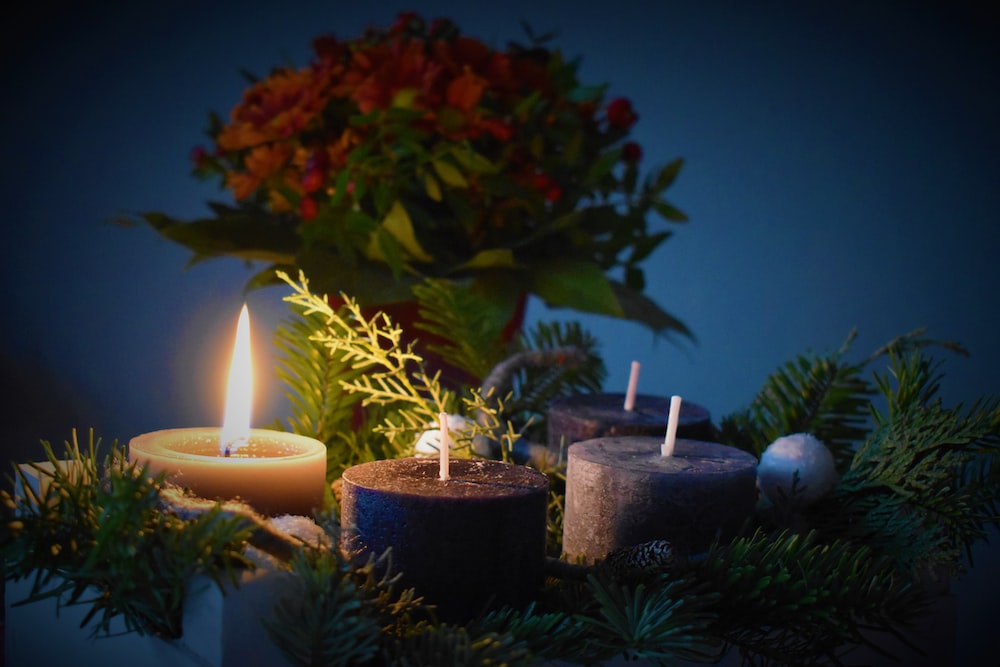 Her name is Cheryl Colford and she has written a reflection for Advent on Matthew 3:1-12.

John the Baptist is such a fascinating character. He’s wild and untamed, yet Jesus says plainly that John is the best guy around. In many ways he’s the opposite of Jesus. He was in the wilderness and Jesus went to the heart of the city. He never drank and Jesus was a famous maker of wine. I actually wrote about John and his relationship to Jesus this past Sunday, you can find it here.

I think Cheryl does a great job of looking at John in her reflection. I hope you enjoy it!

“In those days John the Baptist came, preaching in the Desert of Judea and saying, “Repent, for the kingdom of heaven is near. This is he who was spoken of through the prophet Isaiah: A voice of one calling in the desert, ‘Prepare the way for the Lord, make straight paths for Him.'”

When John saw many of the Pharisees and Sadducees coming to where he was baptizing, he said to them: “I baptize you with water for repentance. But after me will come one who is more powerful than I, whose sandals I am not fit to carry. He will baptize you with the Holy Spirit, and with fire. His winnowing fork is in his hand, and he will clear his threshing floor, gathering his wheat into the barn and burning up the chaff with unquenchable fire.”

I’ve heard some say he was actually naked – that he emerged from the wilderness, yelling at people, naked.

The season of Advent begins with “Hope.”

“Joy” and “Love” follow in weeks 3 and 4, with the Christ Candle being lit Christmas Eve.

Advent is a time of quiet reflection, prayer, and expectant waiting.

Hope is a strange thing, isn’t it? It’s technically a verb, meaning it’s something you do, but it seems like a feeling, or an idea. Sometimes it’s hard to explain why we feel hopeful, or what we are hoping for; at the same time, it can’t be denied.

John was a man of great faith. He was Jesus’ older cousin, though Scripture doesn’t tell us much about their relationship before Jesus’ baptism. In any case, John was working to share god’s message and make a way in the wilderness for Jesus’ ministry.

And what of the Pharisees and Sadducees? They were the ones with the power. In the religious and cultural hierarchies, they were at the top, while folks like John were at the bottom. They were often wealthy, well-dressed, and well-connected. Jesus repeatedly engaged with them during His ministry, discussing points of Scripture and challenging their theologies.

Well-dressed, well-connected, and well-versed in mind, if not always in heart – they probably rolled their eyes at John’s wild behaviour and apocalyptic predictions. After all, he had been wandering in the wilderness, and probably hadn’t showered or brushed his teeth in a good while. And as I mentioned before, he may have actually been naked.

But that’s the thing with hope, isn’t it? It strips away the distractions and the compromises. It refuses obstacles and survives on heartbeats. It stands defiant in the face of power or even reason. It leaves us vulnerable, and makes us unstoppable.

John’s faith was so deep, and so wide, and so all-consuming that he wasn’t afraid to go a different way. His faith had given birth to a hope greater than anything he’d seen: the Messiah, and the up-ending of the world. Finally! Armed with faith and clothed in hope, John stood toe-to-toe with the mighty, unkempt and bewildering, speaking of the world to come.

His hope would not, could not, be contained.

I think there is a good reason Advent begins with Hope. We end with Love, which is fitting as we then celebrate the birth of Jesus. But it started with hope, didn’t it? Not just Mary’s hope for her baby, or the persecuted’s hope for freedom; it started with God’s hope for all of us, who we might be and what we might do with our time on earth.

It makes me wonder what hope Christ might birth in me this season.

One thought on “Naked Hope”