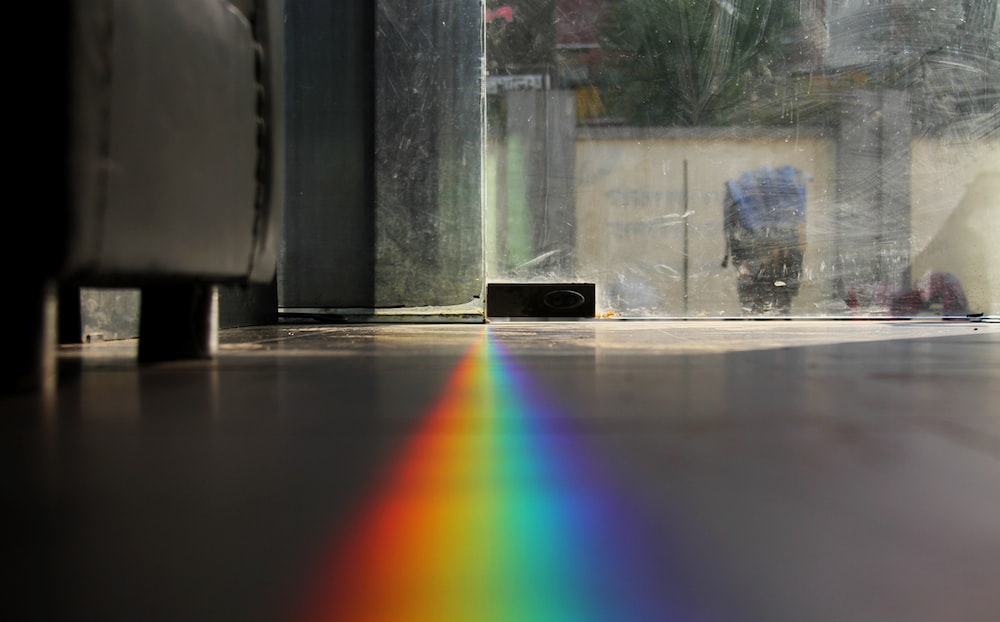 Consider the sunlight. You may say that it is near, yet if you pursue it from world to world you will never catch it. You may say it is far, yet it is right before your eyes. Chase it and it always eludes you; run from it and it is always there. From this example you can understand how it is with the true nature of things.

Many people have observed that the human condition seems burdened with a dualistic way of understanding reality. This divided nature of our minds creates a spiritual warfare within us. It creates a conflict between sin and righteousness which we often lose. Part of the way which we move past this is to re-evaluate how we understand sin and righteousness. It is in our nature to see them as diametrically opposed, to see ourselves as either sinful or righteous, but in reality we are both and always will be. To have peace of mind does not mean that righteousness conquers sin and wins the war, it means that we come to a place where there is no longer a war being waged, for peace rarely comes from one side winning a conflict but instead from reconciliation between opposing sides.

We are not equipped in our modern Western minds to deal with spiritual conflict. We are driven by the scientific and academic methods which were formed in the Enlightenment era and followed the Protestant Reformation. And this clearly has merit. This system has radically changed our understanding of the physical world. It has given us power never dreamed of by our ancestors: to land on the moon, to have the knowledge of the whole world contained in a small device in my pocket, to be able to replace a person’s heart with a pig’s heart, to have instant and accessible communication across the entire world. We have to give credit to the scientific method which requires testing and conclusions, systematic exploration and hypotheses, for this method has proven itself.

But, this method can only explore this world. Science teaches us about the physical world through physics, but if we wish to connect with the divine, to have spiritual experiences that transcend this world and glimpse Heaven, perhaps even touch it, we need a different way of understanding. We have to step out of clearly defined boundaries and come to accept things which contradict one another. Our Western education has taught us to see clear lines between categories, to know the truth by knowing what is false, to be skeptical of things which one cannot prove.

And let me be clear, we cannot prove that God exists, we cannot prove, at least by the scientific method, that living in conscious union with God is an obtainable goal. But that doesn’t matter. Because though we cannot prove these things, we can most certainly experience them. They are part of the human condition and have been as far back as history or even archaeology can show.

Humans have always experienced the divine, and it is one of the most natural impulses in the human psyche. Mircea Eliade and later Wilhelm Dupré proposed that the taxonomical designation for humanity should be homo religiosus, instead of homo sapien. This is because the religious impulse is a consistent human phenomenon in every place and time recorded history can reach. The religious or spiritual impulse is common across the board. Specifics vary but every culture believes in an experience which transcends this world.

Cliff Barrows, a proponent of the World Parliament of Religions, is quoted as saying:

I believe, to some degree, that he is correct. There is an instinctive impulse towards religious seeking in the human condition. Perhaps, this longing for connection comes from the well of heaven’s white light which shines within us. But, as various cultures try to explain that light we end up with multiple traditions reflecting the varied light of the rainbow. Whatever the tradition, all peoples have discovered an experience which transcends their understanding, something which they call God, or Atman, or Allah. An experience which gives meaning, morality, and life to the world.

While our Western minds have no trouble breaking down the truth into categories, (shattering the white light of Heaven with a prism) we have difficulty looking in the other direction – observing the rainbow and seeing it as white light. To see red and blue and know they are really the same light, this is very difficult for us to do.

And this is why mystic traditions around the world compel people to let go of their ideas of what is and what is not, what is right and what is wrong. Because we must come to see that red and blue are indeed the same. We must come to realize that the world around us is filled with contradictions. Every person has had to deal with countless experiences of what psychologists call cognitive dissonance – when what we believe to be true is challenged by experience.

This upsets us greatly, but that is only because the Western tradition has failed to prepare us for paradox, it is satisfied only with concrete answers. We have not been prepared for the only life we will ever lead, which is one that we will often fail to understand, and we are often baffled by how what we see as the truth contradicts itself.

This non dual way of thinking which does not divide the field, which does not create yes or no answers, is the first step in bringing our divided selves into union with the Holy divine God. For when we come to realize that our sin and God’s righteousness are not oil and water we can blend our brokenness with God’s wholeness. We do not need to be perfect to live in communion with God. We need only to step outside of ourselves and understand that all that is of God. Our divided nature is an illusion and if we come to look backwards through the prism to see both red and blue as emanating from the white light, then we can see all aspects of ourselves as emanating from God.

And this, my friends, is reconciliation. This is how we overcome sin, by forgiving it within ourselves, seeing every aspect of what we are as created by God, and embracing ourselves and each other as we are without judging, critiquing, evaluating, or even understanding. To live in Paradox is to be human, to embrace that Paradox and find truth within it is divine.

The importance of Paradox in Christianity is best shown in the doctrine of the trinity. This essential profession of the Christian faith shows us that the nature of God is essentially paradoxical. To believe that there is only one God (as we are the descendants of Abraham) yet to profess that there are three distinct persons: God the Father, God the Son, and God the Spirit is to have at the center of our faith a clear and unmistakable declaration that at the core of truth, for God is truth, lies inexplicable Paradox.

To know God, to know truth, is to see beyond either or thinking, to see beyond the false sense of separation which we create. Just as every colour of the rainbow can be found in white light, just as the three persons of the trinity can be found in one God, so are our divided and conflict ridden beings truly whole already, we must only open our eyes to see it.

24 thoughts on “Looking Backwards Through a Prism: Non Dual Thinking and Inner Peace”