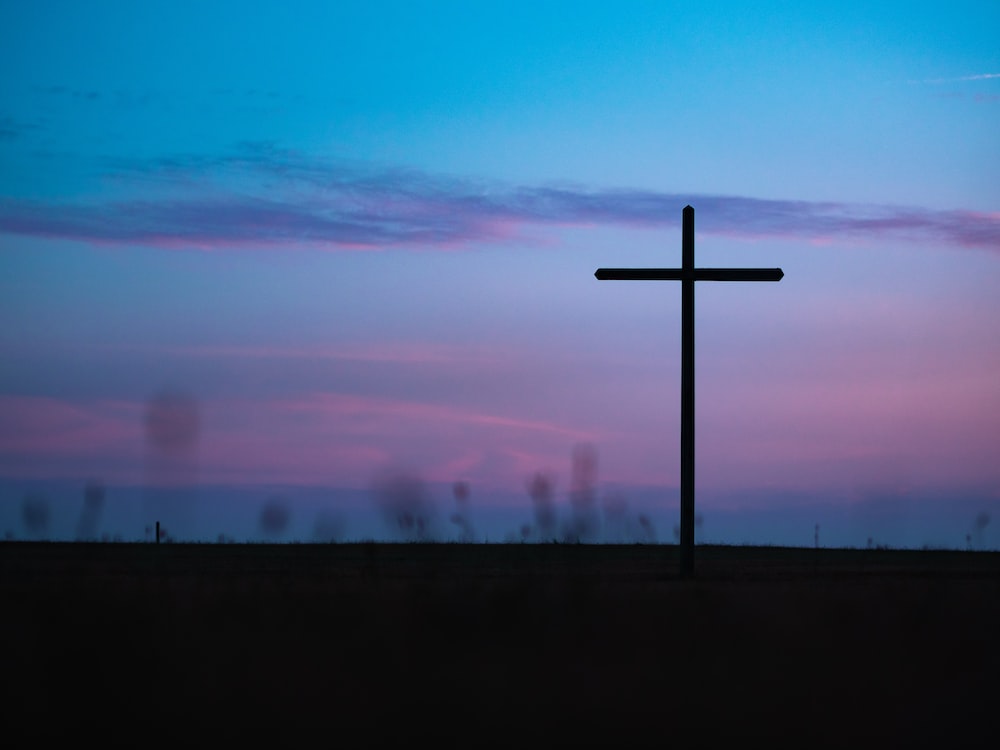 Today being Good Friday, I would like to discuss the crucifixion. I wanted to write something which spoke to the condition of the many people who find the traditional idea of Jesus dying for our sins to be difficult to accept. So, I made a post in The Virtual Chapel asking one simple, yet difficult question “Why did Jesus need to be crucified?”

This post is the answer our community gave to that question. I took the comments people made, edited them together and this is the result. Because this is actually the words of many people combined into one voice, it won’t always be consistent.

This article speaks of the personal experience, hesitation, conviction, and longing of those who engaged in the project. Where do you find yourself agreeing and disagreeing?

Why did Jesus need to be crucified?

I don’t know. I think it’s crap. My spirit simply won’t let me believe that he needed to be crucified. We needed to crucify him because we didn’t want to undergo the crucifixion of our own hearts. We crucified him because his message required change and change wasn’t convenient for those in power. All I know is whether Jesus is real or a made up allegory, it breaks my heart looking at him on that cross and that’s all I care about.

He knew that his teaching and, ultimately, his action in the temple would most likely lead to that end. He was crucified for sedition by the Romans. You didn’t get that punishment unless you really threatened them. It is a commentary about how humanity treats those who confront the corruption in society. We, as a species, are unwilling to see our own faults and evolve beyond them.

I don’t think the particular mode of death matters all that much, even though we’ve found much symbolism in it since. It was a standard Roman method of execution at the time. It was a very common death. Not special. Not uniquely painful and humiliating. The Romans’ favourite way of demonstrating the folly of defying their authority, in any part of their empire.

I often hear people say no one has suffered like Jesus, while the truth is that many people then and now have and do suffer like Jesus, or even worse. Jesus was not the only person innocent of the crime for which he was executed. Mary was not the only mother sitting below a cross to keep her beloved child company in his agonising last hours. None of this horror was anything but ordinary. And Jesus was lucky enough to die much more quickly than most.

I love the idea that God is humble enough to be born a lowly peasant and die a tragic but common death. I love that solidarity and the inverting of our usual concept of divinity as powerful and untouchable. Here is an image of God as one whom we can abuse. And that is a very important message even still today as people continually commit atrocities in the name of the God of love and compassion. We crucify God every time we ignore the needs of the poor and the corruption of the wealthy.

In another respect, crucifixion quickly became associated in Christianity with ego death. See for instance Paul, who said he was also “crucified with Christ” (Gal. 2:20). Yet he was clearly still living when he wrote that.

Crucifixion became a code word for the death of the false self. Death is what reveals the true Self, the true identity of One in God, the Christ nature. When the false self is “crucified” from the mind, then Christ consciousness is unveiled.

We all have to “die before we die” in order to follow Jesus and realize the Christ consciousness, and thus become true Christians. Eventually, we too will be required to lay down our bodily life completely, and let go into the hands of God. But if you “die before you die, then you won’t die when you die.” We will have realized eternal life while we live, eternal timeless identity in the Absolute Divine.

Jesus always practiced Kenosis, the emptying of himself, the choosing of the greater being, which he called Father, instead of the small ego. From the temptation in the desert to the final breath and his committing his spirit unto the Father, Jesus practised that self plunging into total surrender to God.

He modeled for us the fact that there is no loss in doing that, but everything is gained. God’s way up is down and he demonstrated that for us all. He showed us that God’s nature is total self-giving, total dying with us and into us, to then resurrect into expanded, ever-growing and abundant life. In that sense he is the way, the truth and the life. The crucifixion was the greatest ending ever told. Humiliation as the road to Love.

Did Jesus know, understand what would come after? Was he, I wonder, surprised to have been resurrected? So soon, and back in the time and place He had just, so horribly, left? Returned to encourage his little, huddled group of followers, and to leave it to their muddled efforts to get His message out?

When I came to the realization that I felt like I should be (and, sort of needed to be) punished for the wrongs I had perpetrated in my revenge on life, it was Christ’s sacrifice and only His sacrifice that felt full and complete. It was perfect for healing my guilt and enabling me to move past that into living a life of redemption, becoming a blessing in the lives of those around me. Without His sacrifice, no doubt, I would never have felt sufficiently punished and forgiven; which could have been a serious hurdle inhibiting my ability to move on and heal.

Jesus was able to communicate his transformed self to his friends as an act of compassion and hope. That’s pretty fantastic on its own. He promises us that we too will experience this because we are children of God. I think this is spectacular. I don’t think it requires magic tricks from Jesus the Christ for it to be monumental. Isn’t your resurrection or mine going to be spectacular too? How else could it be promised us if it wasn’t the natural course of the cosmos.

He showed us that death is an illusion. He “destroyed” death not by paying some silly “price for sin” (never made sense to me) but rather to show us the natural process of life, a never ending transformation of God’s Love in material form to yet another splendorous form. My body will die, and I will be transformed into stardust.  Isn’t that lovely?

If you enjoyed this reflection feel free to join the discussion as well. Check out Our Community and walk this path along side us. We hope to see you soon!

8 thoughts on “Why Did Jesus Need to be Crucified?”