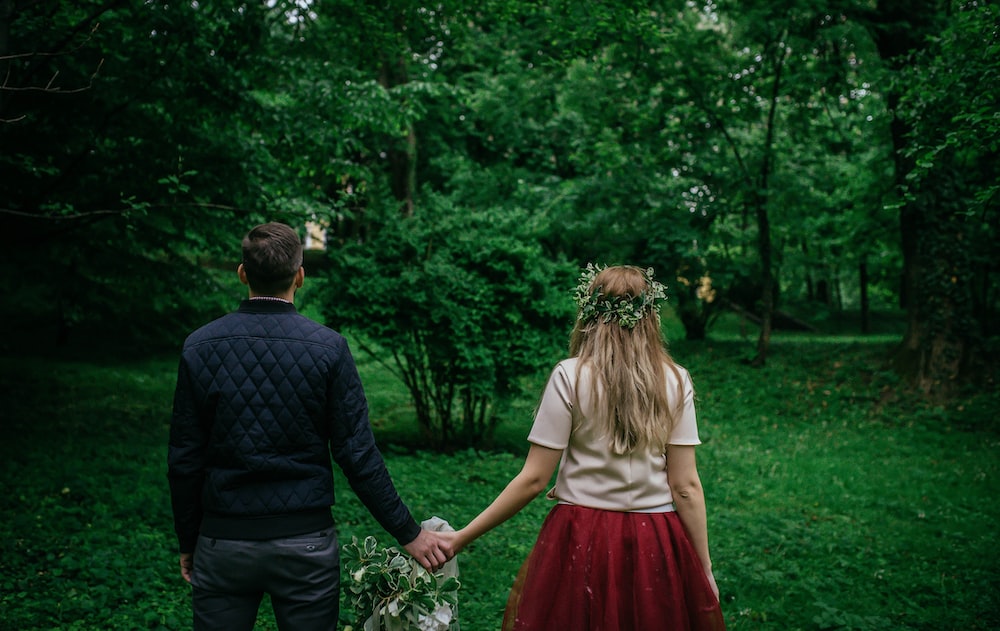 We often think of couples living together before marriage as a modern notion, but up until 1609 it was common practice in Scotland, especially in the more remote areas. A couple could live together, as if they were husband and wife, for one year and a day to give the relationship a test run before committing.

They would typically be handfasted at the Lammas fair and then, assuming all went well, married the following year. This may, in part, have been due to the shortage of priests in the remote areas. This way a travelling priest could arrive in a town at the appointed time (the Lammas fair) and do the whole town’s weddings in one day.

While this was more convenient for the priests, it was of particular value to the couples being wed. If a couple were to get married before living together in our modern world they might be met with warnings and cautions from their friends and family – and rightfully so. While marriage at a young age or to someone who you have never lived with may work well in some instances, often times the result is a bad match.

Handfasting provided a solution to that problem. The couple in question would not be subject to any criticism or ridicule from the community if they chose to be handfasted before marriage. In fact, there were even clearly spelled out rules which everyone agreed to follow.

If the handfasting became a marriage then there was nothing to be settled. If, however, the marriage was called off at the following Lammas fair, the woman could return to her family with all her possessions and no social stigma. If there was a child born then the custody was automatically awarded to the father and the child was not considered a bastard.

This common practice lasted until the turn of the 17th century when the Statutes of Icolmkill (Iona) announced it’s abolition in the highlands in an effort to bring all of Scotland under the control of the Scottish Parliament. This edict was implemented with the full cooperation of the church, which is of little surprise.

While most people today wouldn’t want to do it exactly in the old fashioned Scottish way (especially the part about the father automatically getting custody), the tradition of handfasting is still relevant and meaningful for modern life. Till death do us part is a long time, why not make sure you’ve found the right person?

3 thoughts on “Handfasting: The Celtic Tradition of a Trial Marriage”